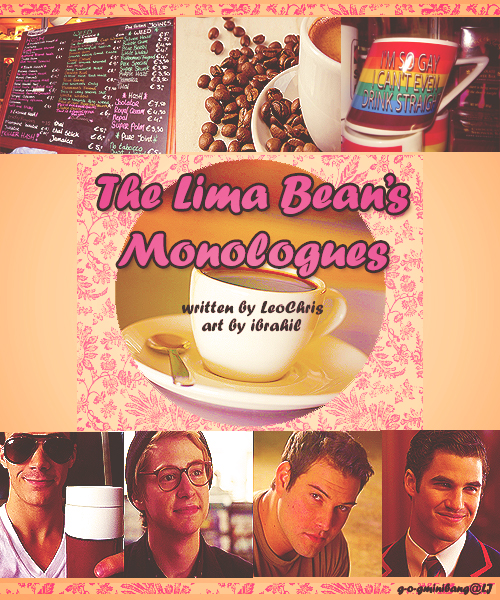 Warnings: Mentions of underaged drinking, underaged sex, discussion of a past suicide attempt and gay bullying, hints of body dismorphia.

Spoilers: Season 3 of Glee in its entirety.

Summary: The Lima Bean was more than just a simple coffee shop. Unbeknownst to its owners, it was also a conveniently located place for teenagers to go to when they needed to think and isolate themselves from the rest of the world. Whether it was to try to drown their sorrows in a mug of hot chocolate or to celebrate a personal victory over a bunch of cookies, it just seemed to be where people went to have a moment to themselves.

The coffee shop's patrons might have not known each other. Or cared for one another. But still, something brought them together, to that very place. They didn't all visit on the same day. For some, it was just a one-time thing, for others it was part of their normal routines... and yet the Lima Bean linked them all, somehow. Perhaps it was coincidence, perhaps it was fate... But the small coffee shop would end up changing their lives.
( FicCollapse )( Author's NoteCollapse )
Collapse